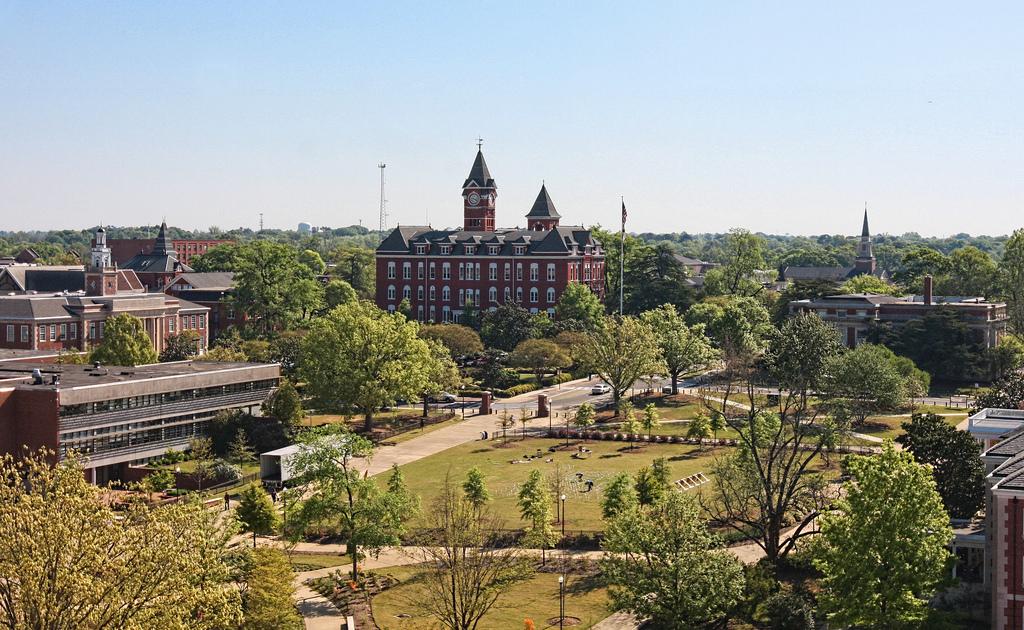 If you’ve taken a walk through Samford Park over the last few weeks, then you may have noticed some changes: earlier this month, landscapers and Auburn University students teamed up to plant 10 historically important trees in one of Auburn’s most popular parks.

The trees in question are historically important:

“Today, we’re planting 10 trees that are descendants from the original Auburn Oaks,” Ben Burmester, a campus planner in Facilities Management, explained in a statement to oanow.com. “We’re planting them along the new walkway that was finished this summer.”

The trees were grown from acorns that fell off the original Toomer’s Oaks. Those oaks were infamously poisoned in 2010 and removed from their popular street corner, Toomer’s Corner, in spring 2013.

Since those trees were removed, we’ve seen two new trees pop up on Toomer’s Corner – although those trees are unrelated to the original Toomer’s Oaks.

The new oak trees have been given names.

Brooke Walker, for example, and her father Willard Peebles named one oak tree in memory of her late father-in-law, Dr. William Walker. Dr. Walker served as president of Auburn University between 2001 and 2004.

One of President Walker’s legacies on the Auburn University campus was encouraging seedlings to be planted. That effort began in the early 2000s, so the fruits of that labor are only now beginning to be shown across campus.

The oak trees were planted in secret, where they were allowed to grow undisturbed until being transplanted into Samford Park this month.

Brooke presented the trees as a Christmas gift for her family:

“My dad and I wanted to do something special for my mother-in-law and my husband, Forrest,” Brooke Walker said in a statement to oanow.com. “This is something we thought for his legacy. …The one thing we could’ve done that a lot of people don’t know about his legacy.”

Plantings continued across Samford Park on Friday, March 11. The new trees and landscaping efforts in Samford Park are expected to open up the park and provide more green space for recreation and social events.

If you’ve been to Samford Park during a sunny day lately, then you can see that President Walker’s vision has come to fruition: the park is thriving with people enjoying the beauty of nature.